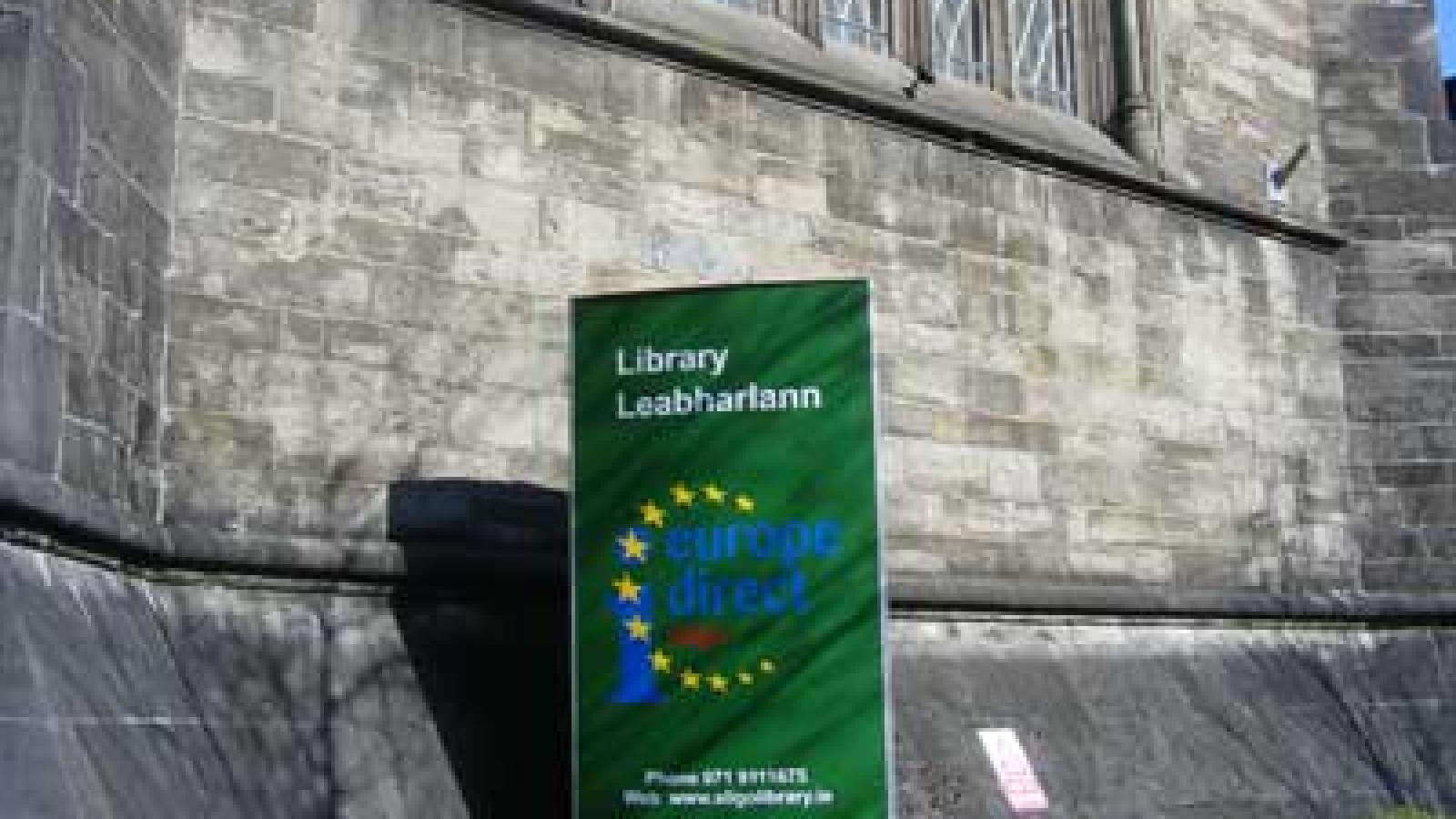 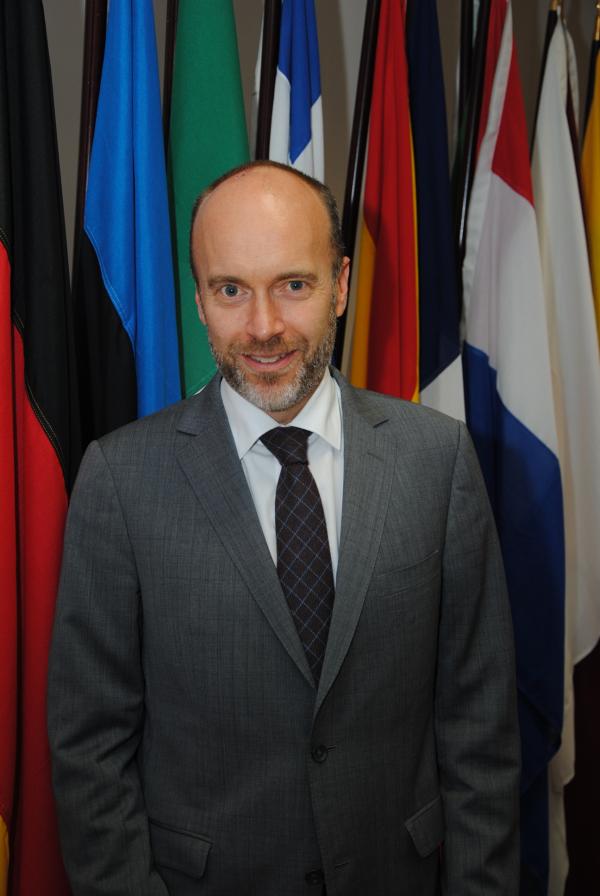 EDIC Sligo: A Briefing on the European Green Deal

A briefing on the European Green Deal

The EDIC Sligo* will be holding a public meeting on 29th January at 7 PM in The Model, Sligo, to be addressed by Jonathan Claridge, Head of Information and Communication of the European Commission and Representation in Ireland on the European Green Deal and Aedín McLoughlin, of Good Energies Alliance Ireland based in Leitrim, will speak on the Environmental Pillar. 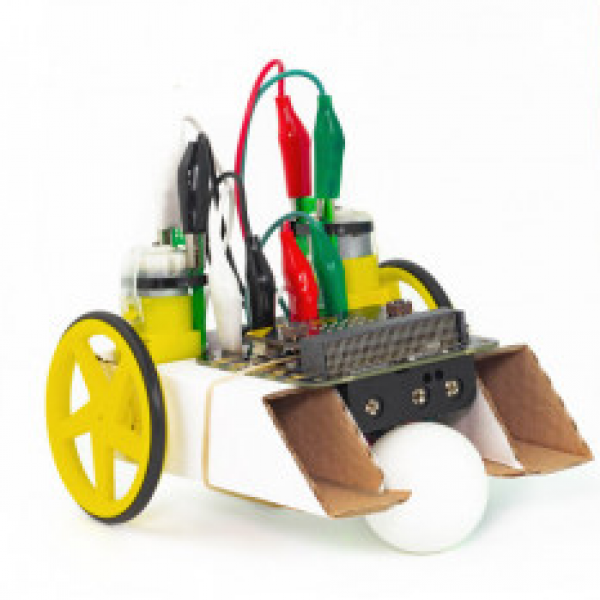 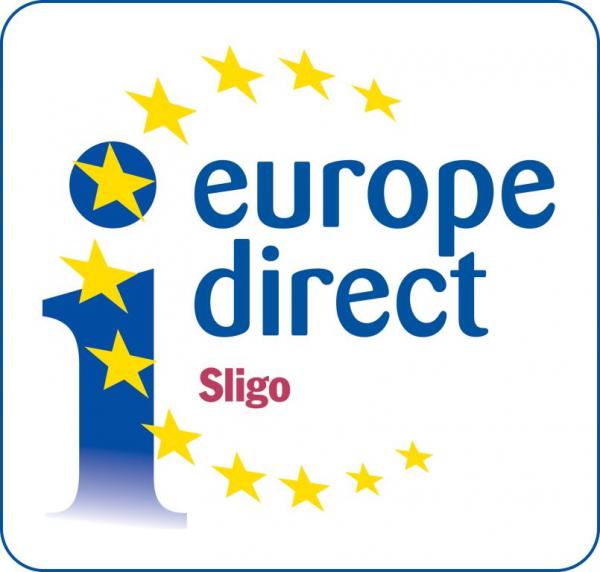 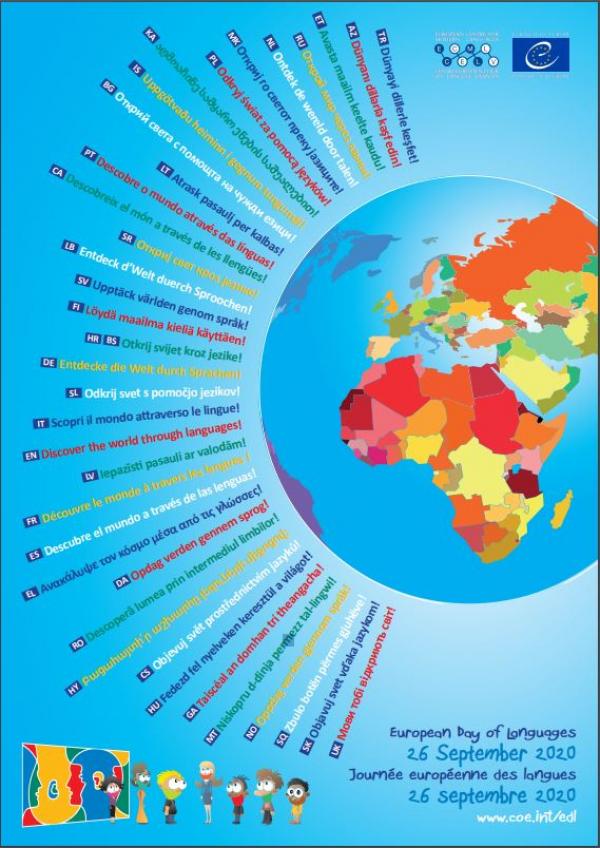 EDIC Sligo celebrates European Day of Languages with four Grimm Fairy Tales read for you in French and English; German and English, Irish and English and finally Hungarian and English available on the EDIC Sligo YouTube channel https://www.youtube.com/channel/UCpqxKFAF6lShw1SD1emrMUA 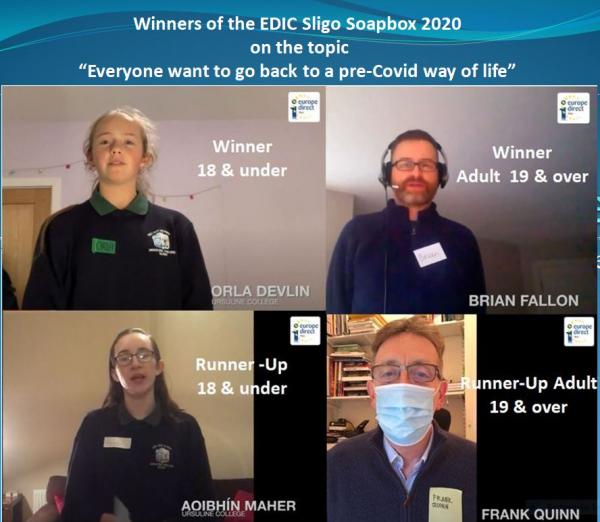 EDIC Sligo: Regional Soapbox Final 2020 "Everyone wants to go back to the pre-COVID way of life"

EDIC Sligo with the first and only complete virtual Regional Soapbox Final 2020 with ALL the entries "18 & Under" and "19 & Over" in a programme with the Judging and a Message from Midlands- North-West MEP Mr Chris McManus. Echoing its Hyde Park London origins, the soapbox is the perfect way to showcase our proud tradition of public speaking and this annual competition is a very popular forum for the country’s budding and practiced public speakers. Recording available on the EDIC Sligo YouTube Channel https://www.youtube.com/channel/UCpqxKFAF6lShw1SD1emrMUA 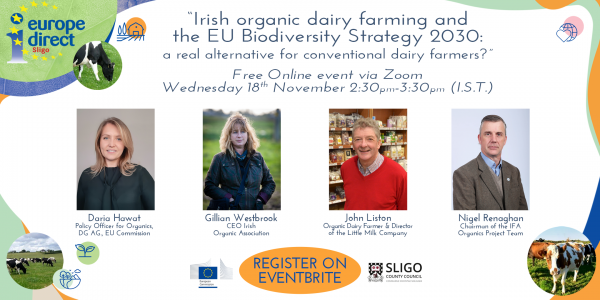 The meeting will explore the options for conversion from conventional dairy farming to organic dairy farming in light of the #EUGreenDeal and the EU Biodiversity Strategy. The #EUBiodiversityStrategy aims to ensure that at least 25% of agricultural land is under organic farming management by 2030. Currently 2% of land in Ireland is under organic farming management. In 2019 there were 62 organic dairy farmers with an average herd size of 79 cows. 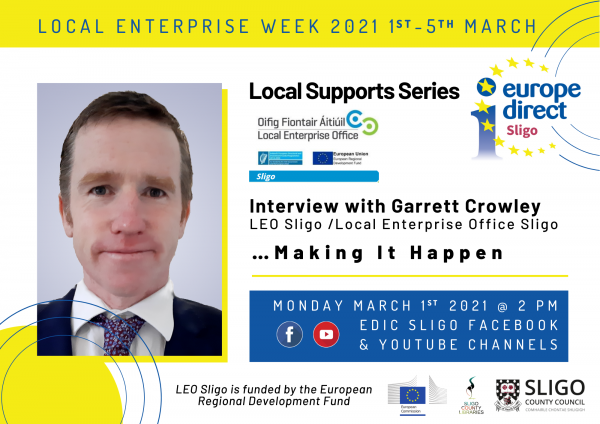 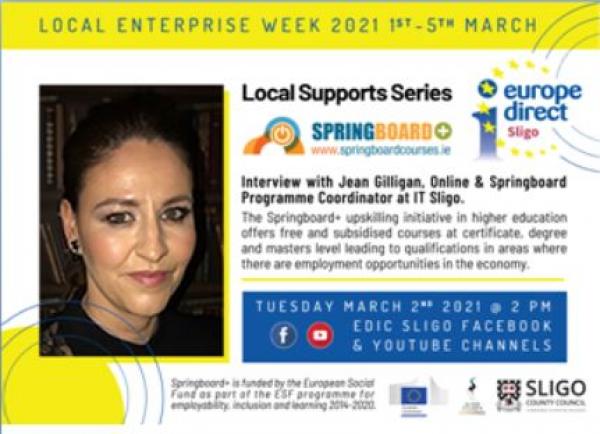 Jean Gilligan, Springboard+ at IT Sligo  in a recorded interview with Maeve McCormack for EDIC Sligo on the educational supports available to entrepreneurs from the Springboard+ programme in IT Sligo. The Springboard+ programme opens for applications in late May/early June annually. IT Sligo will publish a list of Springboard+ approved programmes once applications are open. In 2020 IT Sligo offered a record number of funded places across 25 approved courses from Marketing to ICT and Computing courses to Biopharma, Health Science, Quality, Civil Engineering, Occupational Safety & Health. Springboard+ is part funded by the European Social Fund as part of the ESF programme for employability, inclusion and learning 2014-2020

Josephine McGread, MSLETB Adult Guidance Service, in a recorded interview with Maeve McCormack for EDIC Sligo, on the educational supports available to entrepreneurs from the MSLETB Adult Education Guidance Service. The AEGS helps people to make informed education, career and life choices by providing impartial and confidential Guidance Counselling, Information and Support to adults in relation to their education, training and career options. You can meet with a professional Adult Educational Guidance Counsellor or Adult Guidance Information Officer in a confidential setting to discuss your education and training needs. MSLEBT is part funded by the European Social Fund. 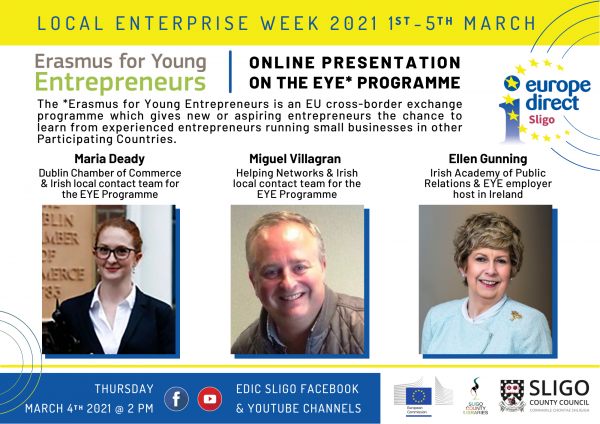 The exchange of experience takes place during a stay with the experienced entrepreneur, which helps the new entrepreneur acquire the skills needed to run a small firm. The host benefits from fresh perspectives on his/her business and gets the opportunities to cooperate with foreign partners or learn about new markets. Maria Deady of Dublin Chamber of Commerce and Manuel Villagran are the local contacts for the EYE programme in Ireland and Ellen Gunning has acted as a host for visiting EYE participants. 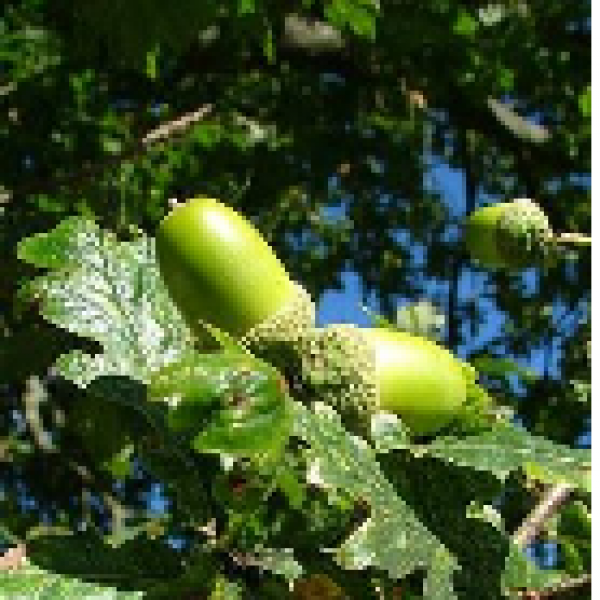 The EU has committed to plant 3 billion trees by 2030.

Obviously the EU is primarily concerned with the carbon sequestration that the tress will produce.

However it has also committed itself to improving and repairing the biodiversity of the EU under the Biodiversity Strategy. It also wants to aid and support the growing numbers of jobs associated with forestry in line with a growing bio-economy and circular economy.

The public consultation gives the voters and tax payers of European Union the chance to have their say on how the new Forest Strategy should be devised.

EDIC Sligo is holding a free online webinar on the public consultation and will deal with the issues that surround this from an Irish perspective on March 11 at 1 pm.

Registration is via eventbrite:  https://bit.ly/3kIclI0 and tickets are free but limited in number.

In the EU 43% lf land is in forest cover, in Ireland we have 11% forest cover and the current ambition is to increase that to 17%. The EU’s forests and other wooded land covered approximately the same proportion of land area as that are used for agriculture.

We need an EU Forestry Strategy that will work for us. 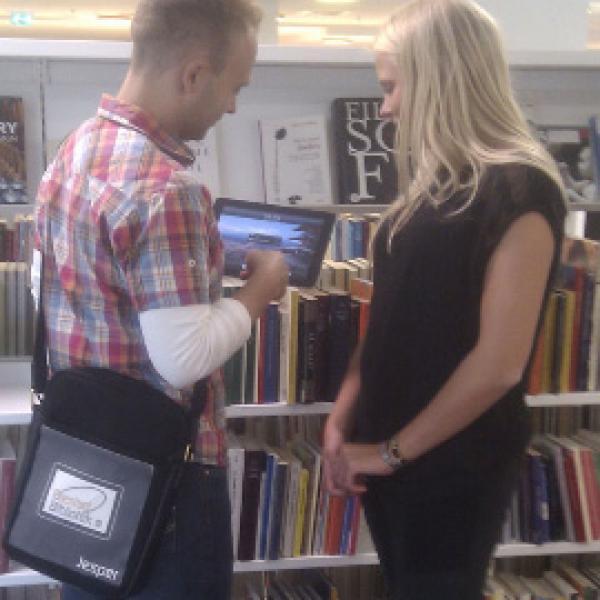 “Can using social media influence your views on politics and how you vote?:

EDIC Sligo Webinar on Thursday 15th April at 1pm  “Can using social media influence your views on politics and how you vote?: Understanding the influence of online technologies on political behaviour and decision making” .

Panel: Prof.  Stephan Lewandowsky, one of the authors of a report “Technology and Democracy: Understanding the influence of online technologies on political behaviour and decision making” available here: https://bit.ly/3sdlzim . Prof. Jane Suitor of Dublin City University. Her research focus is on the information environment in the public sphere and in particular on scaling up deliberation and tackling disinformation.